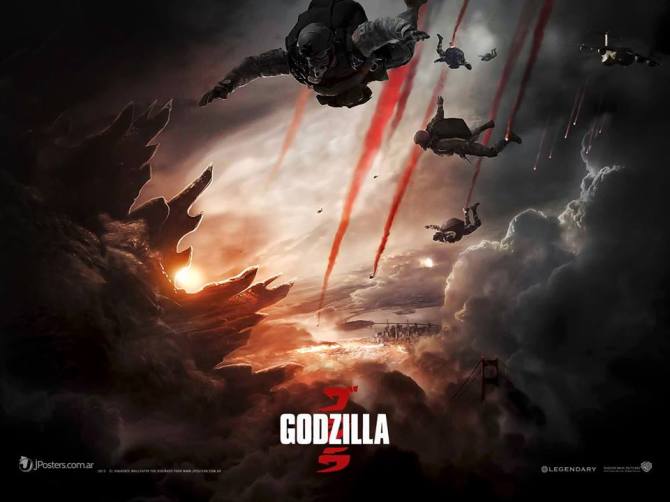 After many cool teasers, posters, sound bites, and press, the trailer for Gareth Edward’s (Monsters) take on Godzilla has finally been revealed. Released on May 16th, the film promises to deliver plenty of destruction, mayhem none meth related Breaking Bad soliloquies from Bryan Cranston. However this isn’t the first time the Major’s have tried their hand at the classic Japanese franchise.

In fact, the 1998 US remake (or reboot or re-whatever) holds the distinction of being the first film I ever slept through at the cinema. Yes, it was the second viewing, but if I’d managed to stay awake during the third viewing of Batman Forever, I should have been able to tolerate Ferris Bueller and Leon the Professional battling a giant dinosaur.

Coming off the back of the huge success of Independence Day, Godzilla certainly derailed the meteoric rise of director Roland Emmerich (whose quality and appeal hasn’t really recovered since – Eight Legged Freaks notwithstanding). With Monsters, Edwards fused apocalyptic tension with a sensitive love story, and created a thoughtful science fiction film. I hope the same level of care is taken here, and he doesn’t go all Michael Bay on us with the budget. 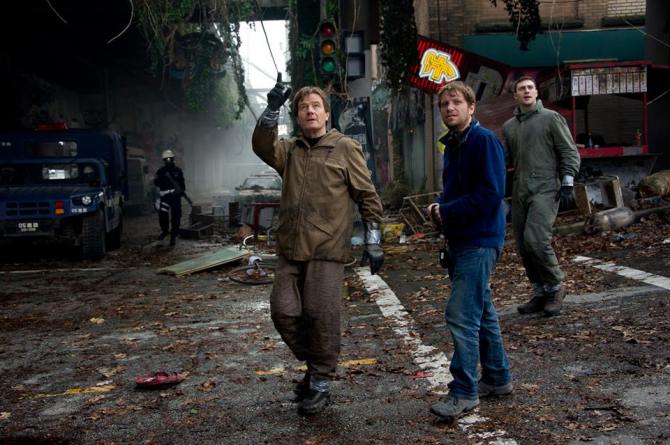 Yet at first glance, post-millennium Godzilla looks very similar to pre-millennium Godzilla; a colossal spiky bastard-lizard rampages it way across the landscape, generally being a nuisance and stressing the hell out of Cranston and Aaron Taylor-Johnson (Kick Ass). If you thought the destruction wrought by old Supes and Zod was excessive in Man of Steel…well I’d hate to be an insurance company when “Gojira” eventually strikes.

Opening this summer, the film also features Elizabeth Olsen (Red Lights), Juliette Binoche (The English Patient), and the magnificent Ken Watanabe (Last Samurai). Hopefully we’ll get a better look as the release date nears. If it ravages the box office, I wouldn’t mind seeing a sequel/tie-in with Pacific Rim. Like Batman vs. Superman. But with giant robots. And a massive, massive lizard.