I think it’s fair to say that Captain America: The First Avenger was the worst of the Phase 1 Marvel movies. Unlike Iron Man which snap, crackled and popped with wit, charisma and action, it instead merely regurgitated the typical action movie trope of an incapable man miraculously transformed into a killing machine.

Yet three years later, the tables have turned: Iron Man 3, despite being helmed by genius Shane Black (Predator, Lethal Weapon), was overblown, uninteresting, and is thus far the worst addition to Phase 2. On the other hand, Captain America 2: the Winter Soldier is easily the best.

As a Brit, I’ll admit to initially being a bit dubious of someone called Captain America. Beyond the name, the bright star-spangled uniform and the chiseled good looks of Chris Evans (Fantastic Four, Sunshine), my mind instantly invokes the ludicrous Team America: World Police – whose characters are so over the top, so wholesome and so God-damn American, that they’re totally unrelatable to anyone not from the good ol’ US of A.

The writers for both Captain Americas films have gone to a lot of trouble to make Steve Roger’s character both believable and down to earth – someone who doesn’t just follows orders and espouse the ‘Merican Way.

I enjoyed how he took control of the Avengers, despite being the most useless member of the elite superhero stable. Evan’s likability coupled with the character’s military background sold this to the audience. Thor thundered, Iron Man zapped, and Hulk smashed, all under his command.

Sadly in the first Captain America his development stopped the moment he was injected with the magic serum that turned him into a super hero. I was concerned that we’d get much the same in the sequel.

Thankfully I was wrong. 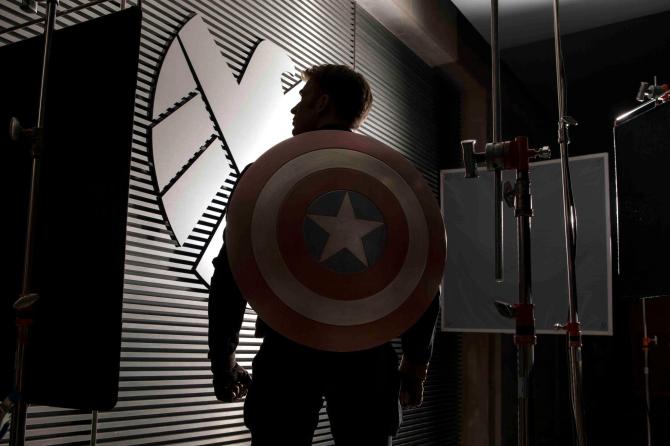 The Winter Soldier is a much darker and more involved story, one that is as actual and as believable as can be for a Marvel movie. Now set in modern times, we now have all the usual suspects to help it along – Samuel L, Jackson (Pulp Fiction, Django Unchained) as Nick Fury, Scarlett Johansson (Prestige, The Island) as Black Widow, Cobie Smulders (How I Met Your Mother) as Agent Hill, as well as a few returning from the first film (which I won’t spoil).

Fury’s role is certainly expanded in this, and we see him in the thick of it much more than that initial sequence at the beginning of Avenger’s Assemble. Equally so, we delve further into Johansson’s Black Widow, and build on her dark history established in previous films. A relationship with Rogers is hinted at throughout.

Joining us is Anthony Mackie (The Hurt Locker, Pain & Gain) as Rogers’ pal Sam Wilson AKA Falcon, a former paratrooper whom is befriended by Captain America. As a councilor, he offers Steve a philosophical and spiritual ear. Their dynamic is what anchors much of Captain America’s feelings of loss and confusion (bordering on post-war syndrome, though not to the extent of Rambo), and touch on the world’s jaded cynicism of terrorism, Big Brother and America’s place in the scheme of things.

Coupled with a special wing suit, he also aids Rogers in his final mission. Wilson is a good character, and the buddie chemistry between Mackie and Evans is tangible. However, you can draw many parallels between him and Iron Man’s James Rhodes. Beyond both character’s being black, they’re both military brats, sharp, confident and capable. I’d much prefer to see them go some place different next time, as Rhodes and Wilson are effectively interchangeable at this point.

Another awesome addition is Robert Redford (All is Lost, A Bridge Too far) as SHIELD leader Alexander Pierce. It’s interesting to see Fury answer to someone for a change, beyond a faceless council, and Pierce is a striking character, one who is both likable and utterly untrustworthy in equal measure. He’s not over-played by Redford, and is instead understated to a point.

The great Frank Grillo (End of Watch, Zero Dark Thirty) plays Brock Rumlow – one of SHIELD’s chief operatives. One minor spoiler here, but I felt his shift from good guy to bad guy was a bit sudden. I guess they just didn’t have time to develop the character enough to really make this switch dramatic. Nevermind. 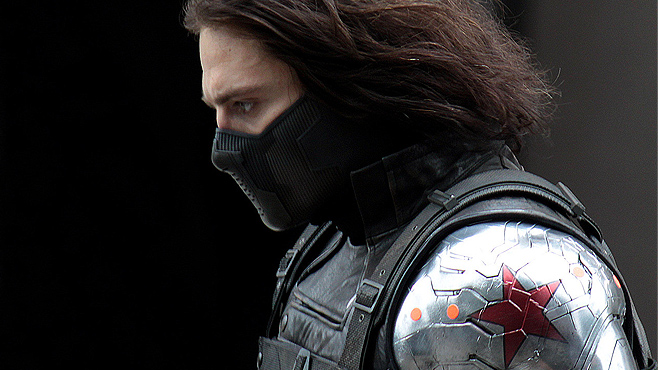 Finally we have the titular Winter Soldier. I won’t reveal too many details about this guy, but will say he is an apt foil for Captain America on both a physical and mental level. He is superbly built up as a mythic assassin, and the whole less-is-more approach to his initial on-screen time really helps escalate his threat.

In fact, the more you see him the less threatening he becomes. When it is revealed who he really is (or was), I didn’t care so much nor was I too shocked. I guess this is mainly due to my apathy for the source material. Still, the significance is not lost on any of the characters, and by the film’s climax, you do end up caring for the Soldier’s fate.

It’s difficult to describe the plot without revealing too many spoilers. However there is a growing element within SHIELD whom feel that extreme measures need to be taken to ensure the continued safety of the world. This involves the building of three giant airships with all the guns and cameras in the world on board.

Obviously Captain America doesn’t like the idea of some airborne overlord watching over the world, so he’s instantly at odds with his superiors at SHIELD. Fury is also dubious, but before he can delay the launch, he is attacked by the Winter Soldier. Thrust into the firing line, the spy master can only turn to the wholesome Steve Rogers for help. 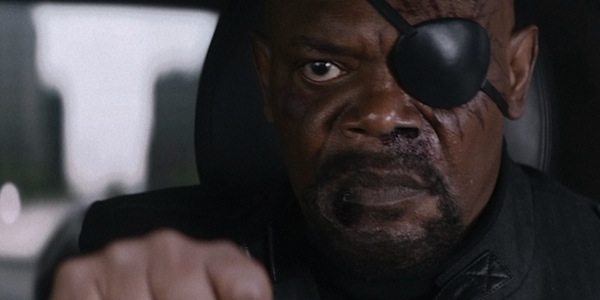 The action is good, and has stepped up a notch from the first film. Assuming directing duties from Joe Johnston (The Rocketeer, Jurassic Park 3), the Russo Brothers (You, Me and Dupree, Arrested Development) inject a lot more comic book appeal into both Captain America’s physicality, and the action in general. Now instead of just looking like a stupid guy in a suit with a shield, Steve Rogers is jumping out of planes, running super quick, and generally being super human 24-7.

His shield has also been upgraded from the some-times-useful-always-stupid-looking accessory to an actual badass weapon. It now pings off enemies and back into his hand like some glorious red white and blue pinball. 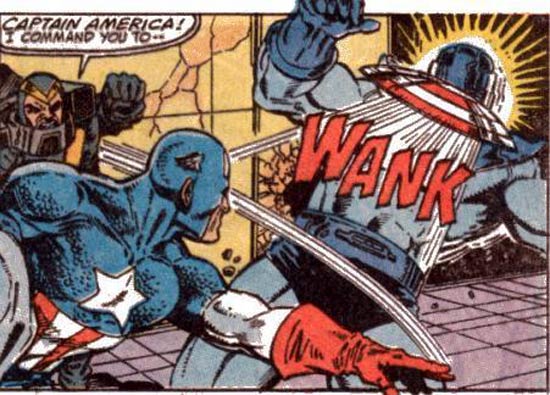 There is a lot of different scope to the violence as well, including covert missions onto terrorist controlled tankers, intimate brawls inside elevators, roof-top escapes, inner-city chases, and the ultimate showdown in the sky. But packed between all this is a decent story, good character development, and plenty of opportunities to make reference to the greater universe that has been created over the course of the last seven Marvel films. Remarkably, my favourite is a nod to none other than Pulp Fiction.

The fanboys will love these numerous callbacks to other films, characters and potential Marvel enterprises. To it’s credit Captain America: The Winter Soldier also ties off many of the loose ends from the first film: we find out what happened to his lost love Peggy Carter, as well as a variety of his other former comrades and adversaries. The stinger is also very revealing (though the second, post credits one can be missed), and sets up even more characters for future films.

Overall I really thought it would have ignored much of the first film. Considering the weaknesses of the original, and the incredible success of the Avengers, I expected them to follow on more from Assemble, as opposed to the First Avenger. Instead, we truly have a proper sequel, one that stands head and shoulders as the best Marvel film to date. After the disappointment of Iron Man 3, I really am starting to get excited for what might be next in store for the comic-book-turned-movie-star heroes.