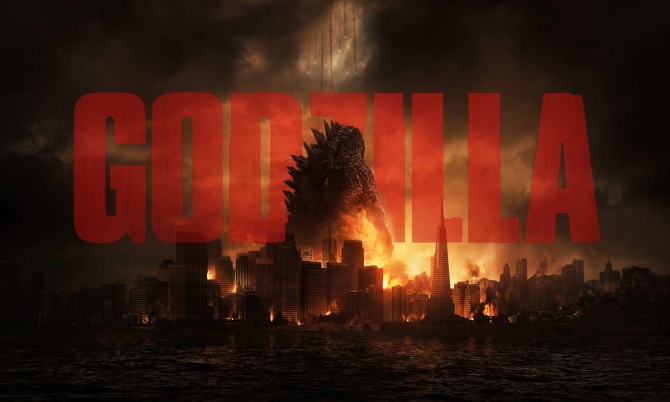 So I wasn’t hugely excited by the previous tidbits offered by Monsters‘ Gareth Edwards new take of Godzilla. It was deceptively vague on plot, action and the humongous beast itself. I was concerned it may just be a carbon update of Roland Emmerich’s 1998 farce.

Thankfully the latest trailer has put all these fears to bed.

In the new trailer we’re treated to a bit more of the story, the action, and the big, HUGE reveal is that Godzilla isn’t alone in his terrorising of mankind. Indeed, similar to Gojira films of old, it may be the case that the ancient monster may even be cast as one of the good guys. Take a look at the Asian trailer below:

So it would seem the “avarice of man” has created or awoken something that we cannot control (or MUTO as it’s being called), nor destroy. After speaking to Japanese badass expert Ken Watanabe (Inception, Last Samurai), Godzilla is somehow summoned to defeat the monster.

Obviously the human race are idiots and we can’t control the weapon being used to control the original uncontrollable weapon, and we’re left trying to tidy up the mighty Godzilla mess. Death and destruction will clearly ensue.

What I’m really digging about these trailers isn’t necessarily the action, but how much closer to the source material Edwards is reaching – the more bipedal titular monster and the fact that he is not just some random dinosaur like from the last remake.

The Japanese element is also a great nod to the original movie series, and Watanabe’s appearance is a master stroke. As easily the most recognisable Japanese actor in the Hollywood, he’s the perfect bridge for East to West. The deeper subtexts or us meddling with forces we can’t control are also interesting, and it’s clear that Gareth Edwards doesn’t just want to make another disaster movie.

Similar to the last remake’s director Roland Emmerich (Independence Day), Edwards is coming off a career-launching feature that was well received by all.  The affable Brit may not have smashed the box office, as his contemporary did, however I really hope he hits it big this time. Along with Duncan Jones (Moon, Source Code), and Gareth Evans (Raid, Merantau), he’s just another English born badass director who is pushing the boundaries of cinema.

As the promotion for Godzilla ramps up, it looks like we’ll be getting treated to a variety of other teasers as the days go by; released in the last few hours are a host of smaller character trailers which can be enjoyed below. Spoilers ahead.

Godzilla, featuring Bryan Cranston, Aaron Taylor-Johnson, Ken Watanabe and Elizabeth Olsen, stomps onto Earth on the 16th of May.