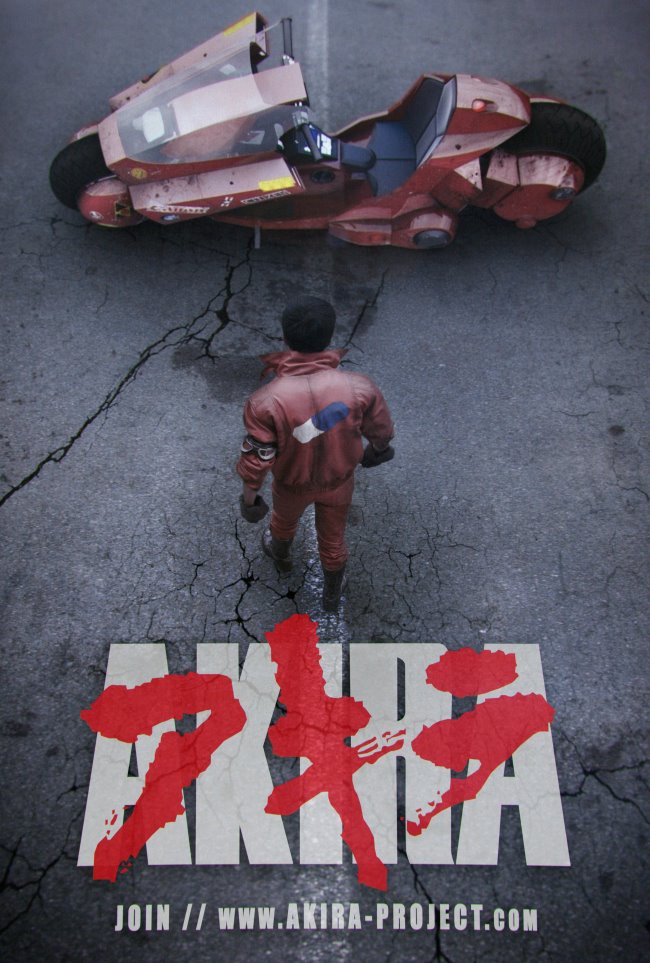 Akira is the most important anime every made.

It was the conduit by which many Westerner such as myself discovered anime. It was the first “cartoon” movie I ever saw on crackly VHS that had an age rating. It’s cover held a dark promise of adult violence and forbidden language.

And we’ve managed to find some concept art for another one of it’s botched live action remakes.

The seminal work by Katsuhiro Otomo, Akira was based on the hugely successfully Manga of his own creation. It featured a future, dystopian Tokyo, recovering from World War 3. The neon streets are ruled by street punks and teenage biker gangs. Kaneda and Tetsuo, two troublemakers, are unwittingly drawn into a government conspiracy that involves psychic mutant children, secret research programs, and the real reason the War started.

Released in the late 80’s, Akira heralded the first wave of anime to these shores. It was the perfect vehicle to demonstrate the high quality of animation, the dark and adult themes prevalent in Japanese culture, and a complex story that would rival any normal feature film.

Naturally a live action adaptation has been in the making for years, and I don’t think any die hard fan or movie fanatic has been particularly excited about it. It’s like another Terminator film – we know it won’t be very, but we’ll still all pony up and go watch it. Of course Hollywood has never been one from shying away from adapting even the most reverent material that oh so happens to have a huge cult fan base.

Regardless of this fact, the issue with a live action Akira is not simply a matter of scale, or making sense of the 2000 page Manga. It’s the little things – it’s making a Japanese film American (or Western) and not alienating the East. It’s re-capturing that Generation X, angry teen angst, cyberpunky grunge that oozes from every frame of the anime.

On one hand you’ll have the purists who will rail against every amendment or cut. Then there are the new fans and whether or not they’ll understand what the fuck is going on.

Akira is a tough nut to crack, and has been deservedly in development hell for decades. Like a Sandman or Dark Tower adaptation, it’s next to impossible to distil the essence of such seminal works. Yet with the likes of The Lord of The Rings, it isn’t impossible – all it takes is the loving hand of a dedicated few.

One such person is Ruairí Robinson, who was signed on to direct the live action Akira in 2009. He later pulled out a year or so later (and went on to direct the Last Days of Mars), but not before commissioning a whole host of art and concept work. He’s recently posted this to his own website, and you can view some of the best bits below: 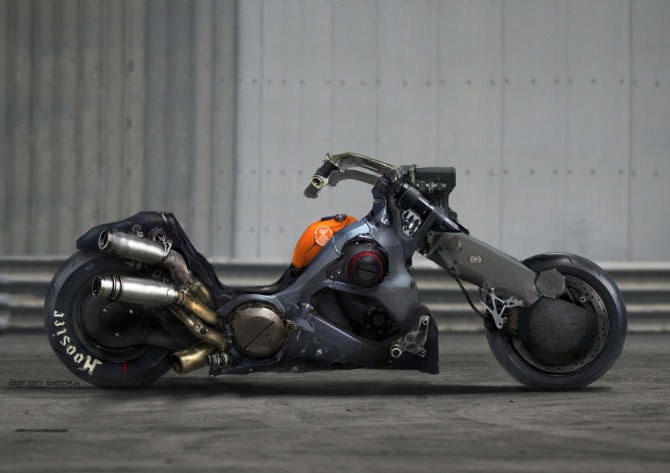 His taken on Neo Tokyo is reminiscent of the anime, and the bike concepts are also right on the money. However the Anglicized Kaneda and “Travis”/Tetsuo is a bit disturbing, but not surprising, I guess.

Robinson wasn’t the first, and won’t be the last to leave this project: The likes of Stephen Norrington (Death Machine, Blade), The Hughes Brothers (Book of Eli, From Hell), and Jaume Collet-Serra (Unknown, Non-Stop) have all been signed on to direct at some point.

In terms of action prowess, the likes of Dicaprio, Reeves, Fassbender, and Phoenix have all been mentioned at point or other. It’s a hot property, yet still somehow hasn’t been able to find it’s feet.

One thing that is obvious is that if Akira does eventually get the big budget Hollywood-movie treatment, it’s likely not going to feature Japanese actors.

Maybe they’ll touch on the heritage in a way, similar to Godzilla. Maybe they’ll just totally American-ize it, like they did with Ringu.

Or maybe it will land in the hands of some truly dedicated fans. Such as the good folks at the Akira-Project.

This trailer was entirely fan-made and crowd-funded, and really captures the elements that Hollywood would undoubtedly miss. Their mission statement pitches their intentions as “a chance to stick as close to the source material as possible. A chance to do Akira justice”. Amen to that.