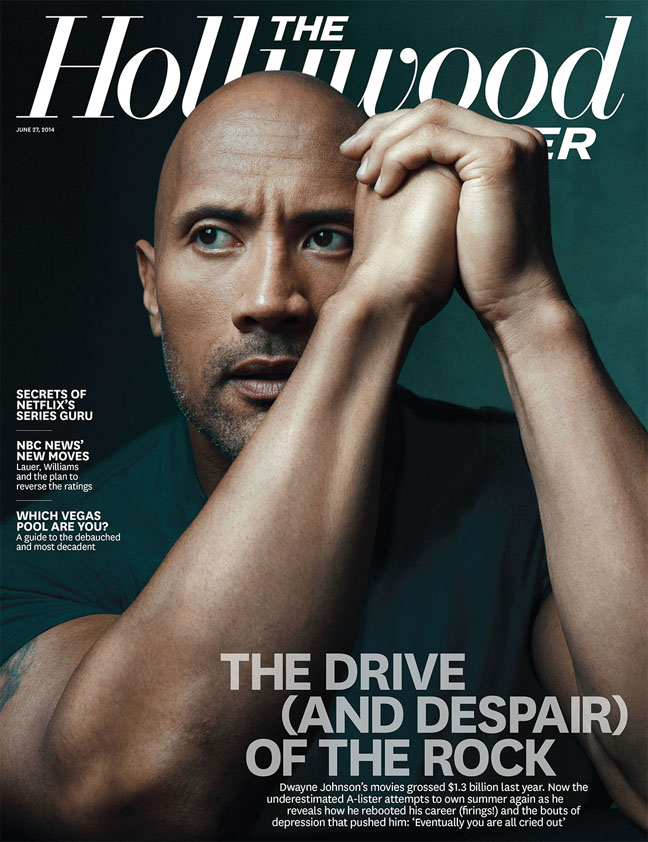 Despite being weighed down with the unenviable past as a professional wrestler, I think it’s fair to say that Dwayne “The Rock” Johnson is becoming a modern day Arnold Schwarzenegger. He’s conquering box offices, becoming a twitter force, and the sky seems to be the limit for his star power.

However it wasn’t always this good for the former NFL reject.

Coming from another psuedo-sport, the champion body builder Schwarzenegger was constantly told to conform, get a sensible name, and that he’d never conquer Hollywood. Of course, Arnold ignored all this, paved his own way and become one of the most recognisable people on the planet. Similar to Schwarzenegger, Johnson oozes the charisma and likability, and importantly possess the same defiant spirit that will get him to the top of the mountain.

But Johnson’s rise to the top was never easy. As a child his family had no money. He was in constant trouble with the police for fighting and thieving. The turning point was when his family was evicted from their tiny apartment. Spurred by the pain of the experience, he became dedicated to making something of himself.

Yet his first dream of making a career in American Football was dashed after numerous injuries left him cut, unemployed and depressed. “I didn’t want to do a thing,” he remembers. “I didn’t want to go anywhere. I was crying constantly. Eventually you reach a point where you are all cried out.” He reluctantly followed his father, Rocky Johnson, into the struggling family business of professional wrestling.

He then exploded into mainstream popularity as his comedic bad-guy “Rock” persona became the mainstay of WWE pay-per-views. A turn to acting was the next logical step. 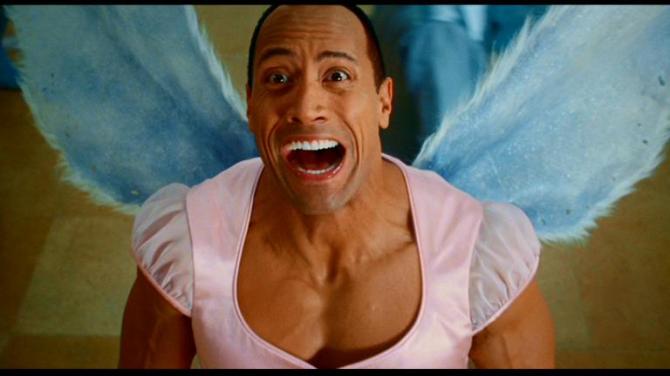 However the man that was dubbed the Rock was being told he to shrink down to regular human sizes, and that the Tooth Fairy would be the pinnacle of his acting opportunities. Prior to this, he’d been fairly successful at making appearances in other people’s star vehicles. The Mummy Returns, Be Cool, and Get Smart all performed well, but weren’t Johnson vehicles.

His best efforts was the Mummy spin-off Scorpion King, and various embarrassing kids films. The successful Race to Witch Mountain, The Game Plan, and Tooth Fairy all hinged on the hilarious size juxtaposition between the 260 pound Johnson and the tiny children. They all played off the “big-tough-guy-turned-soft-by-kids” formula made so popular by Arnold’s own Kindergarten Cop.

Yet where Arn had cut his teeth as the ultimate action star, Johnson’s early action credentials Doom, Welcome to the Jungle, and Walking Tall all failed.

In a new interview with the Hollywood Reporter, The Rock describes how a change in management allowed him to go beyond those crass roles of his past, and helped make him one of the most bankable action stars of the moment. Last year alone his films grossed over $1.3 billion world wide, and he has been dubbed by some as the “franchise saver”. 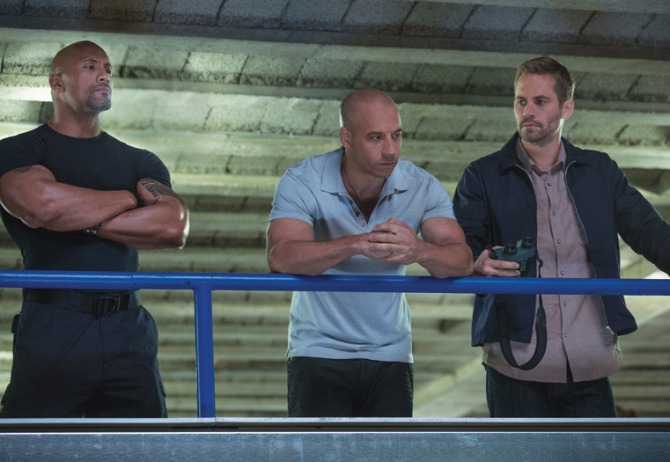 Prior to this he was being “told that I had to conform to a standard in Hollywood that would beget me more work, better roles”. This meant that “I had to stop going to the gym, which meant I couldn’t be as big, which meant you had to distance yourself from wrestling. You essentially had to deconstruct yourself.”

“That started to not feel good to me. It reached a point of, ‘I’m not feeling authentic.'” He quickly moved agencies, and hasn’t looked back since.

It’s a similar career trajectory shared by fellow Fast friend and star Vin Diesel – another bullet-headed, muscled talent who at one point was cashing cheques thanks to his odious role as babysitter in Disney’s The Pacifier. Only a return to the Fast & Furious franchise four years later could cleanse our memories of the Pacifier or the horrendous Babylon AD. Diesel is now back where he belongs; growling his way through life as Riddick, Dominic Toretto and soon to be Guardian of the Galaxy.

Dwayne Johnson wasn’t the first (and won’t be the last) pro-wrestler who will set their eyes on the big screen either: John Cena had a few punts and quickly got the fuck out of dodge after 12 Rounds tanked. Perhaps the best example of this is Hulk Hogan. He, like the Rock, was the greatest star of his generation. However while he was put to good use in Rocky 3, his roles in No Holds Barred, Thunder in Paradise, and Suburban Commando must never be forgotten, or forgiven.

Okay so I laughed at the “K-7 Forcefield gag”.

The real turning point for Dwayne Johnson in my eyes was his role in 2013’s Pain and Gain. Surprisingly directed by Michael Bay, it didn’t feature fighting robots, exploding cities, or sunsets synced with guitar solos. Instead it was an amusing dark comedy that featured Johnson alongside Mark Whalberg (The Departed). Based on a true story, The Rock stars as Paul Doyle, a naive, body building would-be-Christian whom becomes embroiled in a criminal extortion scheme.

Such an unusual role showed a great depth to Johnson’s acting ability, and presented a great risk for the PG-13 wrestling star. And this was only one role in a huge 2013 for the 42 year old star.  He’d previously starred in Snitch, the GI Joe sequel and Fast 6 – I can’t even remember what I even did in 2013 (beyond starting this badass website, at least).

Now The Rock is set to star in the very role that began Schwarzenegger’s acting career over fourty years ago – Hercules. Johnson has been chewing at the bit to star as ultimate historical hero ever since seeing the 1958 version of his story with Steve Reeves.

With huge roles in the pipeline including the new Fast & Furious adventure. Hercules and disaster epic San Andreas, it’s clear The Rock has made it. Not bad for a guy called Dwayne, if you can smell what I’m cooking.

One thought on “Breaking Down (and Rebuilding) Dwayne “The Rock” Johnson”