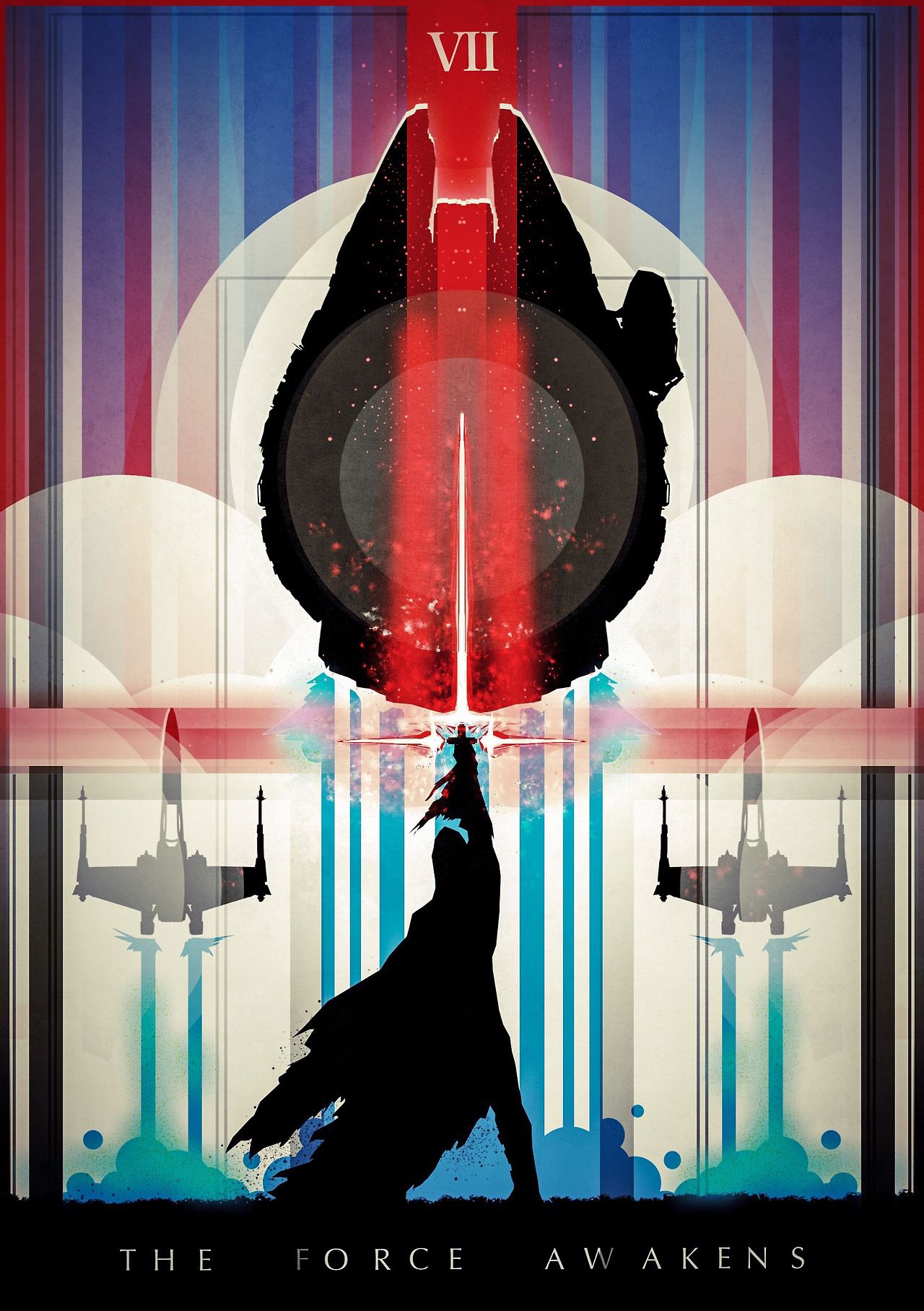 What better way to set the world slathering at the mouth like lusty teenage boys than by revealing a new Star Wars trailer. Despite the cruel pain and false promises made by the prequel trilogy, we’re still all ready to forgive and forget, and give our old love just one more chance. And it would seem that our attentive patience and forgiveness is about to pay off.

It’s official: The world is going Star Wars-mental over this. And it’s not even May the Fourth yet. We had been treated to a teaser back in November, but that only raised questions and got the tongues wagging. Now with just a smidgen few more seconds worth of content, plus a single shot of Han in his old waistcoat, and our appetite is well and truly whetted.

Plus we’ve got a new masked baddie and stormtroopers!

Seriously now, I loved the opening on Tatoonie with the wrecked star destroyer and X-wing. It really sets the tone, and reminded me of the excellent Star Wars Unleashed games. The aged timbre of Mark Hamill’s voice-over has a great impact too, and is a well used callback to the Return of the Jedi. Perhaps JJ Abrams is going to pull this off after all. You have to admit, he surprised everyone with his take on Star Trek.

While he took that in an entirely new direction (both stylistically and in terms of the narrative), I get a sense that he’s going back to basics for this. I mean practical effects, rubber masks, weather-worn space ships, ray guns and none-retarded dialogue. Effectively, (I hope) he’s using less CGI and keeping George Lucas as far away from the script as possible.

Consider that among all of the problems that have been lengthily bemoaned, the prequels really struggled without a reoccurring badass bastard badguy (Darth Maul was taken from us too soon – or was he?). Not so in the Force Awakens. It’s been officially announced that the new masked menace is called Kylo Ren (Adam Driver – Lincoln). While we don’t know much about him or how long he will last, we do know that he’s the new badguy and he has a the coolest looking lightsaber ever.

Stormtroopers are back too! And not the crappy, skinny, fake looking clone troopers. We’re talking the old school white-armored footmen of death who are coming to steal your puppies and your freedom in the name of the glorious Empire. Yes, they’ve been updated a little, but they still look like the cool and menacing faceless minions of the Star Wars universe of old.

What about that mysterious chrome stormtrooper I hear you ask? We see nothing new in the 2nd trailer. But according to sources on the interwebs, none other than Brienne of Tarth, the six foot three Gwendoline Christie, is under the chrome armor. What does this mean? Who knows! But, it’s certainly interesting, and the Empire suddenly got that little bit more dangerous.

Fighting these analogous space Nazi bastards is the new droid, BB-8. While R2-D2 is still the top-dog when it comes to little robots messing with the empire and helping the heroes, a cuter new model has won over the internet after a huge reveal live on stage. That’s right, it’s a practical effect, just like his big brother R2, and it’s blowing everyone’s mind.

Ultimately, the new trailer has left us with more questions than ever. But one thing is clear: the Empire are on the rise again, and some serious Bantha dung is about to hit the fan. Plus it’s nice to see that Lando Calrissian isn’t the only black guy in the universe anymore.

As the annual Star Wars celebrations continue, we’re sure to get new little snippets of spoilers and information about the forthcoming continuation of the mega franchise. Keep checking The Movie Bastard’s Facebook and Twitter feeds for more information as it leaks. It’s finally an exciting time to be a Star Wars fan again!