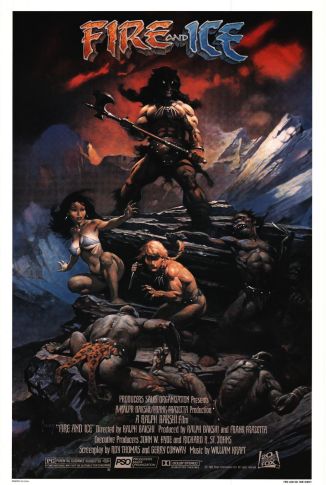 You could be forgiven for thinking a film called Fire and Ice would perhaps be something to do with George RR Martin’s Game of Thrones. But Fire and Ice, an animated movie directed by Ralph Bakshi (Lord of the Rings), actually predates the megaseries by nearly ten years. It’s a pretty basic story: the ice kingdom of the evil Nekron and the folk of Firekeep are at war and caught in the middle is Princess Teegra and the wandering nomad Larn. Yet we don’t give a shit about them or their world. No, what elevates this film from mediocre to memorable is one guy, one axe-wielding dude with a wolf’s head for a hat. Lets get together and talk about DARKWOLF.