So I wasn’t hugely excited by the previous tidbits offered by Monsters‘ Gareth Edwards new take of Godzilla. It was deceptively vague on plot, action and the humongous beast itself. I was concerned it may just be a carbon update of Roland Emmerich’s 1998 farce.

Thankfully the latest trailer has put all these fears to bed.

END_OF_DOCUMENT_TOKEN_TO_BE_REPLACED 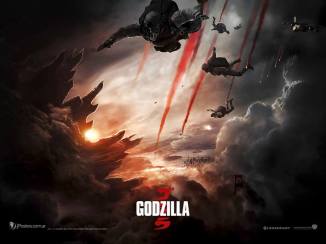 After many cool teasers, posters, sound bites, and press, the trailer for Gareth Edward’s (Monsters) take on Godzilla has finally been revealed. Released on May 16th, the film promises to deliver plenty of destruction, mayhem none meth related Breaking Bad soliloquies from Bryan Cranston. However this isn’t the first time the Major’s have tried their hand at the classic Japanese franchise.