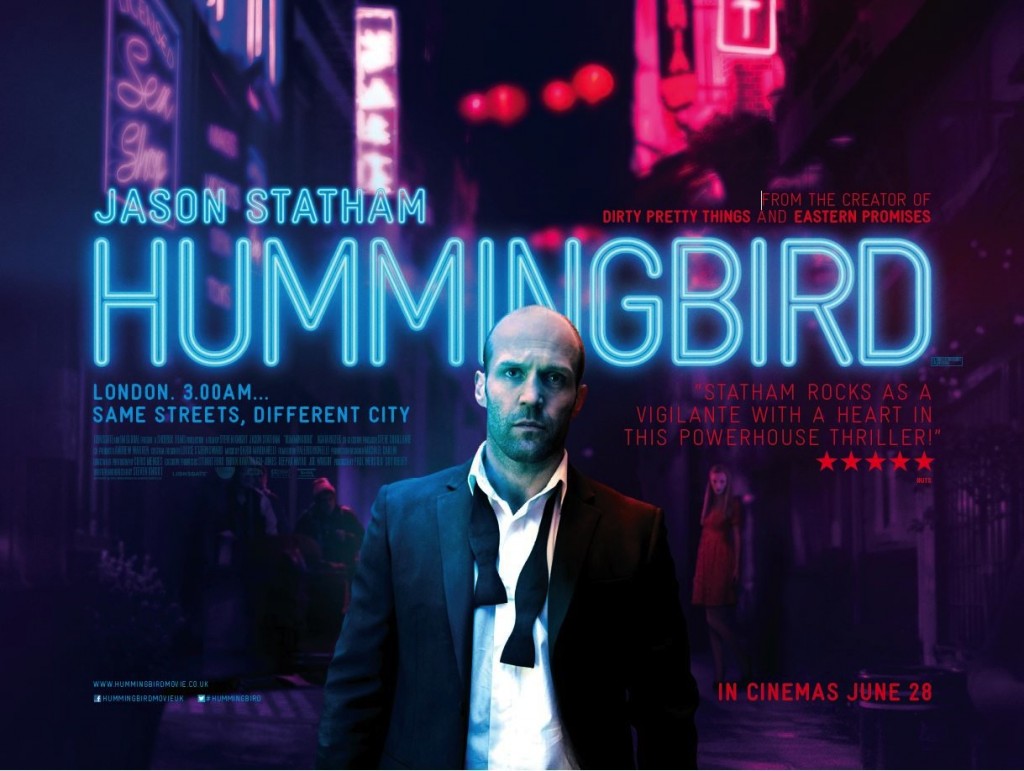 In a triumphant return to Watch It Wednesday I review Jason Statham’s latest (and most peculiar) release – Hummingbird. While advertised in cinemas across the country, it seemed to be one of those sad films that looks good, but comes and goes between the mega movies like Man of Steel and World War Z. We’d seen Statham earlier in the year alongside Jennifer Lopez in Parker and featuring in a badass cameo in the equally badass Fast & Furious 6. But neither role really sought to expand the Statham range of cockney ass-kickery. Hummingbird, on the other hand, is very different.