You know, this was the first Batman movie I hadn’t seen at the cinema since Batman Returns. I was put off by all the negativity, the blatant fanboyism, and the fact that Man of Steel was such a dull mess. That’s right, I may have suffered Batman & Robin, but I wouldn’t suffer this. C’mon -even without seeing the trailers, it was obvious that Batman and Superman would make up, buddy up, and then take out some common foe. Yet, hot on the heels of Marvel’s R-rated superhero release, Deadpool, director Zak Snyder (300) chose to release an ultimate uncut edition too. It’s his definitive vision of the story, he says. And so, like Rocky or some other boxing movie character, I chose to step into the ring one last time. I’m a glutton for punishment.

END_OF_DOCUMENT_TOKEN_TO_BE_REPLACED

Being an older, Oscar-winning actor and coming out of retirement to kick ass in lower budget action movies is the vogue at the moment. Liam Neeson wrote the blueprint with Taken, and has completely reinvented his late career. Now other high end middler-agers are coming out to take a piece of the bloody pie (Denzel, Guy Pearce etc).

Now it’s Sean Penn’s turn as The Gunman. Is he going to be the new Studio Canal Golden Boy? Or is this just another example of an elder statesman desperately trying to stay relevant?

END_OF_DOCUMENT_TOKEN_TO_BE_REPLACED

In my review for the fantastic Captain America: The Winter Soldier I said some pretty shitty things about The First Avenger. But after recent viewings of Thor 2 and Guardians of the Galaxy, I thought I’d give it another shot. And miraculously, the second viewing left me pleasantly surprised.

END_OF_DOCUMENT_TOKEN_TO_BE_REPLACED 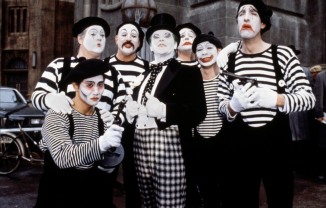 It’s Batman Month, so we’ve been looking at all the individual Bat-movies over the last 25 years. This series of articles will focus on the Bastards, the bad-guys and the scumbags of each film, and today we’ll be looking at Tim Burton’s Batman.

END_OF_DOCUMENT_TOKEN_TO_BE_REPLACED

May has been a pretty mental month for movie releases – Amazing Spiderman 2, Godzilla, Sabotage, Neighbours; it’s already shaping up to be a great summer for blockbusters and we’re not even in June yet. And now the fifth X-Men installment (or seventh for the purists) is finally here and undoubtedly about to carve its way to the top of the box office. With its adamantium claws fully extended, X-Men: Days of Future Past seeks to take the franchise to new heights and with the original X-Man director Bryan Singer (Usual Suspects, Valkyrie) back at the helm, it seems poised to be the best in the series to date.

So is it as good as the surprisingly solid X-Men: First Class? Can it steal the crown from X2?

END_OF_DOCUMENT_TOKEN_TO_BE_REPLACED

The Movie Bastards
Create a free website or blog at WordPress.com.