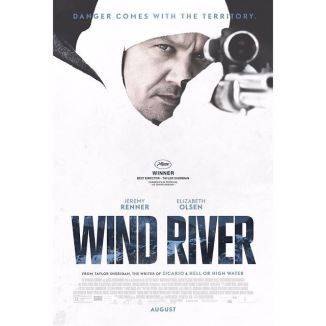 When a barefooted body of an 18 year old girl is found deep in the frozen wasteland of wintertime Montana by ace tracker/hunter/badass Cory Lambert (Jeremy Renner – Captain America: Civil War) the FBI is called in. Rookie Special Agent Jane Banner (Elizabeth Olsen – Captain America: Civil War) arrives as the vanguard of a potential team of investigators. But when the cause of death is ruled as exposure and not rape/assault as suspected, the FBI pull the plug, leaving Banner, Lambert and police chief Ben Shoyo (Graham Greene – Dances with Wolves) to track down the killers alone. You better believe it ain’t gonna be pretty.