Marvel have had a good year so far. Not only have they smashed the box office with Amazing Spiderman 2, the Avengers universe has also reached new heights with Captain America 2: The Winter Soldier.

And it seems they’re keeping their foot firmly on the gas now as Agents of SHIELD is renewed for season 2, and this years new entry, Guardians of the Galaxy, has it’s second trailer released. Watch it below.

So we’ve got cheeky space cowboys, sexy assassins, big red wrestlers, a walking tree, and a talking, crotch-grabbing raccoon. I can only imagine the pitch to the studio executives. However it seems that director James Gunn (Slither, Super) has nailed the Marvel cocktail of ensemble casting and humor-accented fantastical action. Or at least the trailer suggests…

Compared to the first glimpses of GotG this really gives us a greater sense of the tone of the film. We’ve got the cocky human Star Lord (Chris Pratt – Zero Dark Thirty, Wanted) leading a bunch of intergalactic misfits in a mission to save the universe. The unlikely hero (how many of these do the Marvel universe have now??) is joined by the gorgeous green Gamora (Zoe Saldana – Losers, Avatar), and Drax the Destroyer (Dave Bautista – Riddick, Wrong Side of Town).

Another concern is the fact that none of these characters have been established yet. Sure we had the stinger at the end of Thor 2, but every film has been successfully setup one after the other since the first post-credits scene in Iron Man. Not only does Guardians of the Galaxy feature a whole new set of characters, they’re also intergalactic super heroes. They’re as far removed from the real world as can be.

The Marvel machine is churning out films and content thick and fast now, and it’s only going to get more mental. How long will it be before they do a major cock up and release their equivalent of Batman and Robin?

Not with Guardians of the Galaxy I don’t think. In fact none of these worries really entered my head when I watched this trailer. Instead it actually reminded me of another crew of misguided outlaws and wise-cracking Goddamn heroes (despite their best intentions).

It reminded me of Firefly, and that can never, ever, be a bad thing. 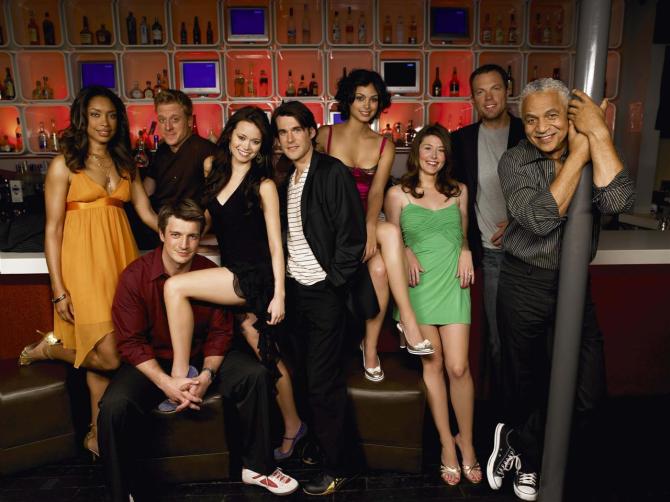 Guardians of the Galaxy is released on the 1st of August.